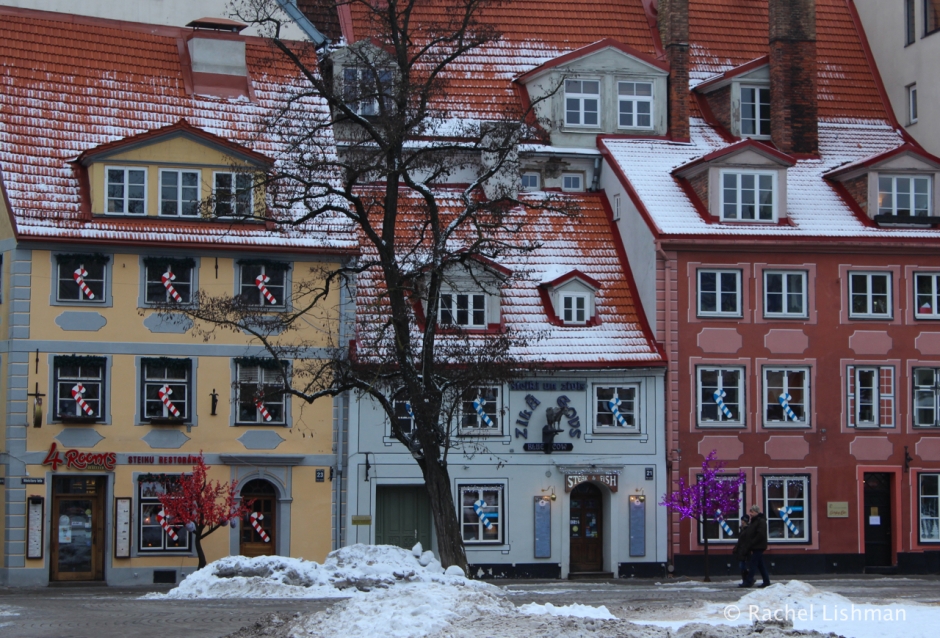 I chose Riga because it was cheap. One of my favourite travel daydreams begins by typing London to Everywhere into SkyScanner and sorting by price.

Very often I find a return flight into Europe for less than £50 and Riga was no exception. When I find inspiration this way, I know little about my destination. The Riga in my mind was full of overflowing bars reserved for the pleasures of British stag weekends. But for those of us not nursing persistent hangovers, it’s much more.

My eyes were opened to Latvia’s complex culture and history of occupation in the two days I spent in the capital. Riga’s UNESCO listed old quarter with its myriad architectural styles is easily accessible from the small airport and distances within the city itself are walk-able. Thirty minutes out of town, I found myself leaning into sharp turns through snow-covered pines behind a pack of rampant huskies.

Like many European cities, Riga came alive at night. Despite the recent appearance of some chain restaurants and of course, the odd Irish pub, it’s still possible to sample the traditional. The Latvians love their beer and a wide range is sold in every establishment. Food is hearty and warming, consisting of pork stews, fresh fish, soups and their national ingredient – black peas. I spent my evenings in Folkklubs Ala Pagrabs, a basement tavern where all the above is offered in large portions and local bands take to the stage.

As a budget European destination, Riga quickly hopped into my top three. With cheap eats, oodles of fascinating (albeit sobering) history, and a romantic spattering of snow throughout the winter months, the city packed a punch in less time than it would take to reach some destinations! This is what I did with my 48 hours in Riga: