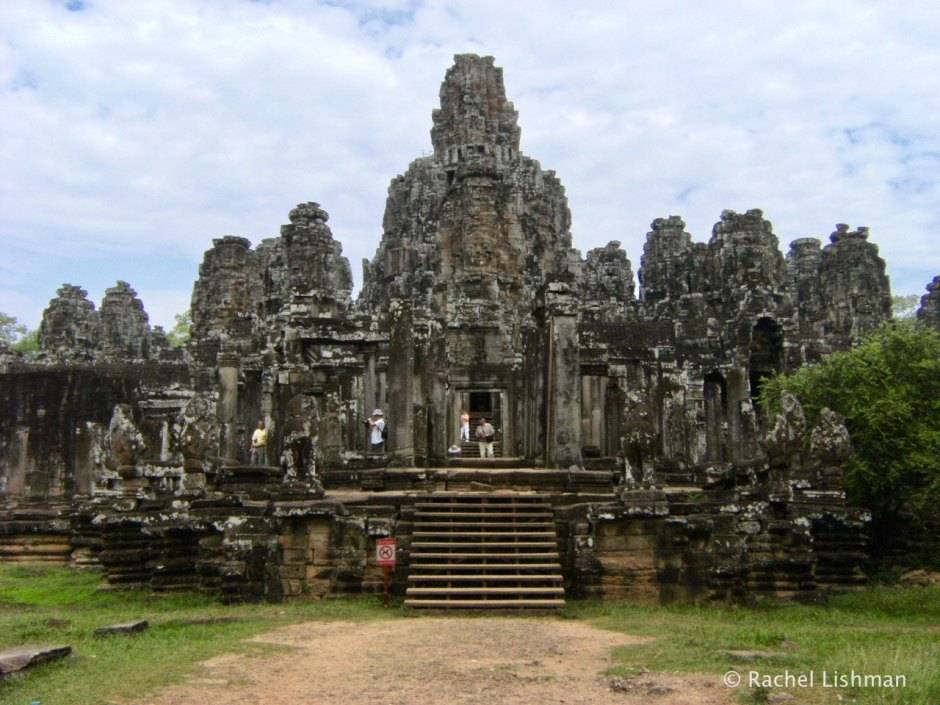 Well before sunrise Angkor Wat is bustling. Loaded tuk-tuks pull up in front of the iconic facade of Cambodia’s largest temple and immediately cameras start clicking. This is always how another day begins at the famous complex.

In recent months, the discovery of new ruins beneath Angkor’s already extensive network of buildings has proven that there’s plenty more exploring still to do. Through the use of new laser technology, archaeologists have begun to unravel the mysteries of Angkor and its untouched, underground treasures.

Of course, the supposed lost city of Angkor Wat was never actually lost. It has always been known to locals through stories and Khmer legend and was also visited by westerners as early as the 17th century. However, when I arrived on a bike in the early hours of a clear December morning, I still had little concept of the full spread of this ancient religious community.

A few wise travellers told me to keep walking when I arrived. Past the cars, crowds and clicking cameras. I marched with purpose over the bridge that provides a photogenic subject against the backdrop of Angkor Wat’s walls. A few minutes later, I was completely alone.

The promising dawn had turned into a flat white haze that hung gently over the ornate grey columns as if they were suspended in a dream. With the clock yet to hit 6, my surroundings suited my mood and I was able to perch, solitary, on the giant structure to appreciate an eerily quiet sunrise.

The recent scientific exploration of the area has confirmed what I could see clearly: the quality of the engineering and architecture. Series of archways and columns rose around me, each one unique. Some bore carvings of faces and slender torsos; others twisted towards the sky like hardened fusilli pasta. Among the well-planned structures, open grassy areas, once courtyards and alleyways, sat silently awaiting the daily tourist trample.

The largest religious monument on earth

Angkor Wat has been a place of worship for both Hindus and Buddhists over the centuries, and still holds an important place in Cambodian culture. Angkor Wat, the largest temple complex, sits within an expansive UNESCO heritage site that stretches for hundreds of kilometres through ancient Khmer territory.

Originally built in the 12th century and modified and restored over the eras that followed, its story was first told to the western world by 19th century French explorer, Henri Mouhot. Today, its story continues to be told across the globe in travel magazines, social media and on Cambodia’s national flag.

By the early 20th century, extensive preservation work had begun to push back the jungle that attempted to retake the land. Despite the country and its people suffering countless atrocities and war under the Khmer Rouge, restoration gradually continued. The final result of this constant battle between man and nature is surreal.

As I moved further from my starting point, nature asserted itself forming a concoction of architecture and greenery, something that we consider a relatively modern concept. Each temple held its own character, an individual charm that made it impossible to draw comparisons. Some were less imposing and sat almost apologetically within the giant folds of wide tree trunks. Higher branches wrangled with stone doorways and walls to create a landscape that Dali would be proud to claim as his masterpiece.

Others, like Bayon, still dominated. The intense maze of carvings and corridors that made up its pyramid-like structure lost me for hours within their shadows. To call it an ancient ruin seemed a cruel insult

By late afternoon, the outer reaches of Angkor quietened and again I was able to experience moments of complete peace among its walls. I had visited only four temples that day, the tip of the iceberg that lies hidden underneath Cambodia’s jungle.

The recent laser exploration has further dampened my achievement. If findings are to be believed, there are countless structures that are yet to be unearthed, that suggest not only the higher classes attended worship at Angkor. Already an iconic monument for Cambodia, this temple complex has just returned to the history books as a frontier for high-tech archaeological exploration.

Not for the last time, the lost complex of Angkor Wat has been re-discovered.

6 thoughts on “A New Discovery At Ancient Angkor Wat, Cambodia”