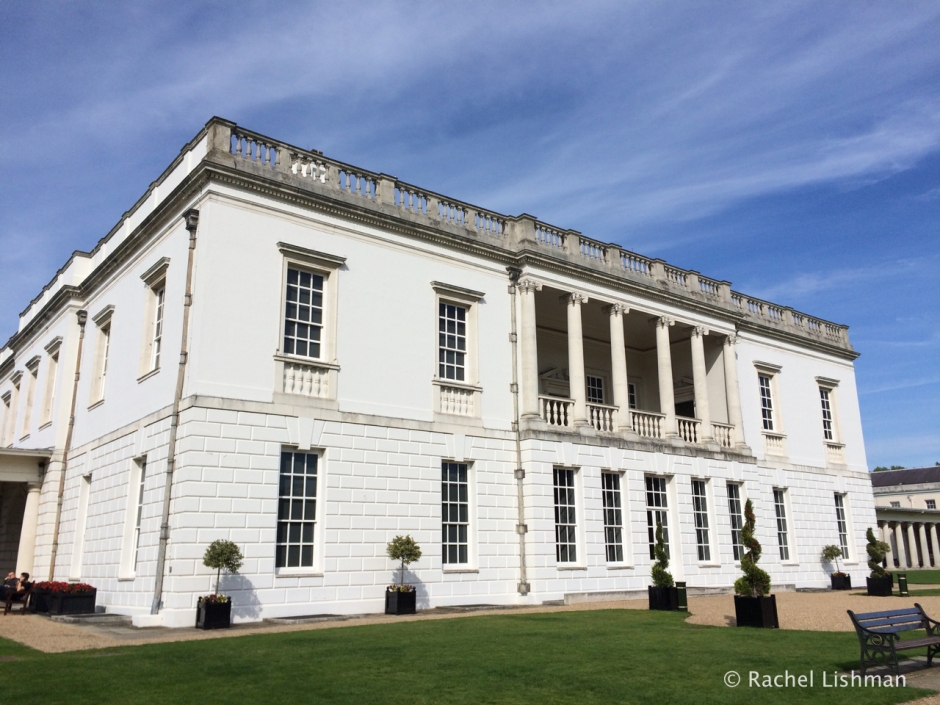 For whatever reason (most likely because a trip oversees took place and inspired a flurry of posts) this visit to Greenwich was left unpublished.

Now, with Greenwich only a seven minute train ride away yet completely out of my reach due to social distancing rules, it’s the perfect time to reminisce…

From the viewpoint at Greenwich’s Royal Observatory, Queen’s House marks the half way point to the Thames. Surrounding it, the Royal Naval College, Maritime Museum and Cutty Sark draw many visitors but this once opulent palace is often overlooked.

I’ve often stopped just up from the river banks to take in the memorial plaque to the birthplace of Henry VIII, once the site of a huge Tudor Palace. Although rarely looked  beyond it to the building constructed for a queen who’s been sadly forgotten over the centuries that followed her death.

A gift for a queen

In 1616, James I employed the services of architect, Inigo Jones to design a palatial retreat for his wife, Queen Anne of Denmark.

What Indigo created was a piece of outstanding architecture that led the charge as England’s first classical building. Not content with that claim to fame, he also introduced the country to its first ever unsupported spiral staircase: The now famous Tulip Stairs. Even today, their construction is the main focus of many visitors.

Sadly, despite being very active in the design ideas for her future house, Queen Anne died only a few years after work started. After a short pause in construction, it was continued on the orders of Charles I of England for Henrietta Maria and finally finished in 1635.

A gift for Greenwich through the centuries

If the architectural importance of the house itself weren’t enough, then its residents certainly have grasped the headlines. After becoming a relaxing home for the then royals, the building has since housed famous art collections, artists themselves, refugees of war and naval orphans to name a few.

In 2019, public access to people from all over the world has once again brought the place back to life.

A gift for someone very special

Today, as part of the wider estate of London’s Maritime Museum, the house has reasserted one of its many previous roles as a home to collections of artworks and curiosities. For free, visitors can roam its rooms to find military themed works from famous painters, intricately crafted ceilings that tell a story of a king and his queen and tiny trinkets from renowned moments in British history.

The best of these, in my opinion, is the smallest of decorated snuff boxes. While Lord Horatio Nelson helped Kind Ferdinand II of Sicily to hold Naples during the 18th century, he spent a great deal of time with both Lord and Lady Hamilton. Old rumour has it that love was in the air and it’s evident in this very personal gift to her. A sign perhaps, of his unfaltering affection.

As you wind your way down the Tulip Stairs, you can’t help but feel sorry for poor Queen Anne. What a shame that she never got to see her beloved home completed. I think she would be proud not only of the building itself but the impact it has had on Greenwich ever since its completion. If only she could see her Tulip Stairs in all their glory.