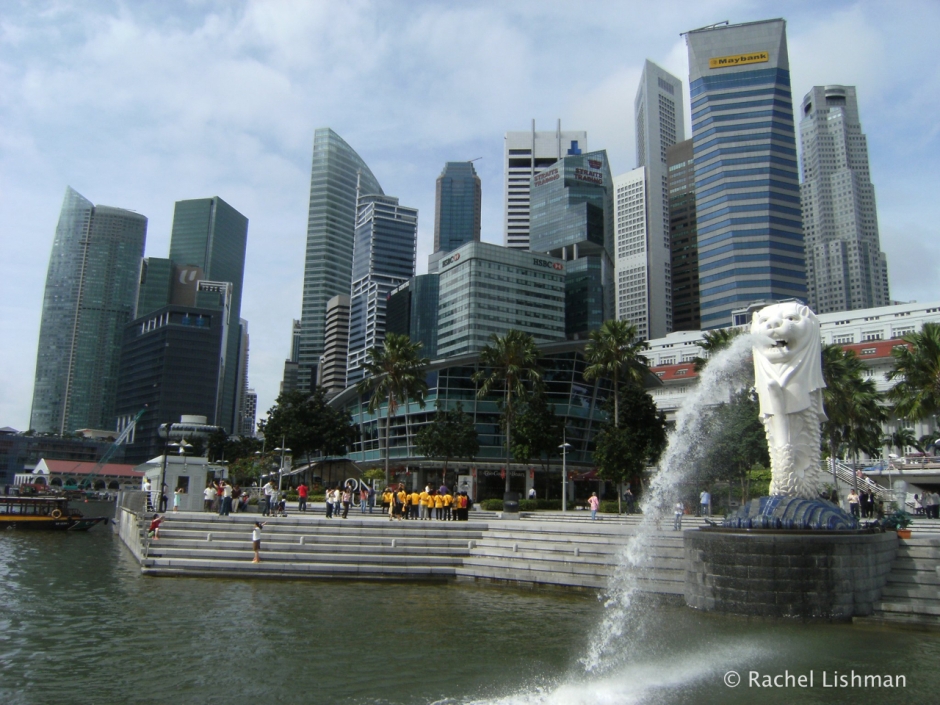 The irony is that in the years since my visit to Singapore, I’ve learnt so much more about it.

Its sustainable engineering; Its expat business community; and its complex maritime history. Although when I crossed the land border from Malaysia it meant only two things to me: The Formula One Grand Prix and my gateway into Australia.

Singapore is positioned at the end of the most slender southern tip of all mainland Asia. The finest point of a mammoth and unwieldy spinning top surrounded on three sides by the South China Sea. Considered an international crossroads throughout history, by 2011 with its reliable infrastructure and prize-winning Changi airport, I also considered it the perfect launch pad further south.

The Singapore Grand Prix was a relatively new and arguably less meaningful addition to the famous pathways in the region. “Whether you love or hate motorsport” I chimed to Zali, the young man who spent a morning strolling with me around Marina Bay “…it’s a fantastic way to showcase the city’s sweeping curves and glossy buildings.” Marina Bay Sands, a ship-shape luxury hotel (both literally and figuratively) completed the look. A suitable backdrop for the glamour of Formula One.

Below its infinity pool lay the racing grid. As I approached, something far less glamorous than the iconic sport overtook me and I slithered, in Singapore’s sweaty heat, onto the tarmac of Pole Position. For reasons I’ll never understand I assumed the position of an ailing starfish right there. Number one. From that position, The Marina Bay Street Circuit twisted for more than five kilometres around the city’s waterside, skirting the famous Raffles Hotel, home to the Singapore Sling cocktail.

Elsewhere, many complained about the city’s strict rules on cleanliness but I thought it was excellent. After a few months experiencing something so different, its slick washed pavements and glossy outdoor escalators scaling the side of glass shopping malls were a welcome contrast. It all helped to give the place the distinction it already had in my mind as my final destination.

It was also my closest brush with the daily life I’d left two months before. A good friend and I enjoyed ‘after work’ drinks in the modern business district. We indulged in haircuts and budget clothes shopping. Prices were high, people suited and booted in designer brands and we backpackers were very much on the periphery of all the real action.

Features of the South East Asia I’d come to know still hung heavily in my mind. As they did in the city’s ornate China Town, the ceremony I quietly watched at its Buddhist Tooth Relic Temple and the cheeky resident monkeys of its many nature reserves like the one around McRitchie’s Reservoir. However, they were all muted. As if the region knew somehow that mentally I had already checked out. This part of my adventure was at an end.

In my airport taxi I spared a thought for the fireworks that signalled the end of Singapore’s annual Grand Prix. And for the tiniest of moments, I knew what those drivers felt like as they came through in first place. 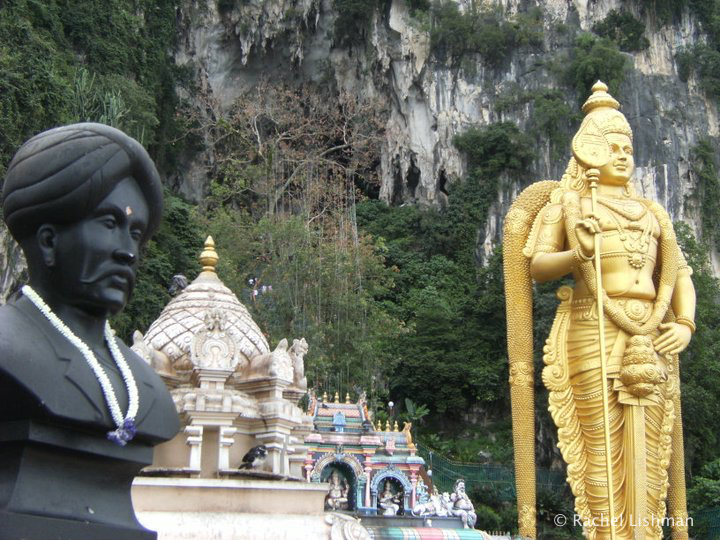 Malaysia’s capital appeared through my bus window as skyscrapers clustered above pavements loaded with people on the march to where they needed to be.

END_OF_DOCUMENT_TOKEN_TO_BE_REPLACED 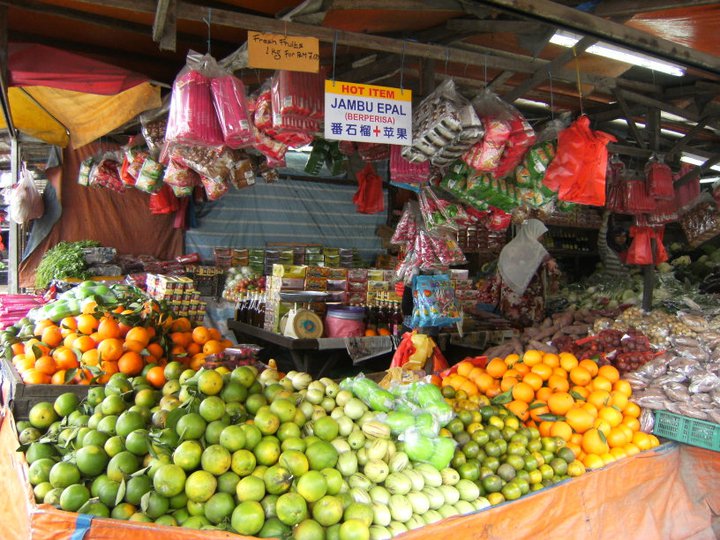 The only place I’ve travelled in the world where a fruit stall doubles as a bus stop, is just outside the mountain town of Tanah Rata in Malaysia’s north.

END_OF_DOCUMENT_TOKEN_TO_BE_REPLACED 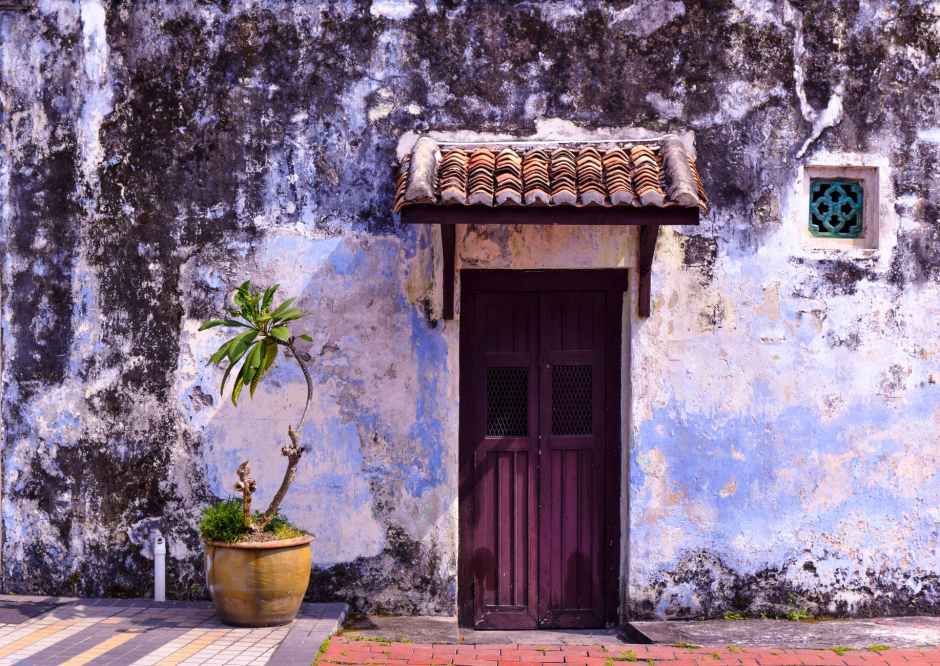 The shadows of the dreary hostel entrance clung to me as I shuffled out. The town’s streets eerily silent while I walked towards the bus station. It wasn’t quite dawn.

END_OF_DOCUMENT_TOKEN_TO_BE_REPLACED 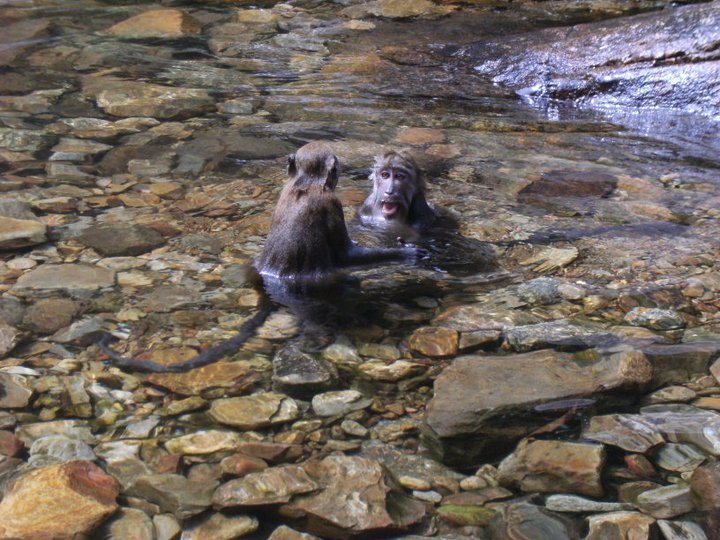 One of only two times I’ve written about my journey through South East Asia before, this post was originally published in 2014.

END_OF_DOCUMENT_TOKEN_TO_BE_REPLACED 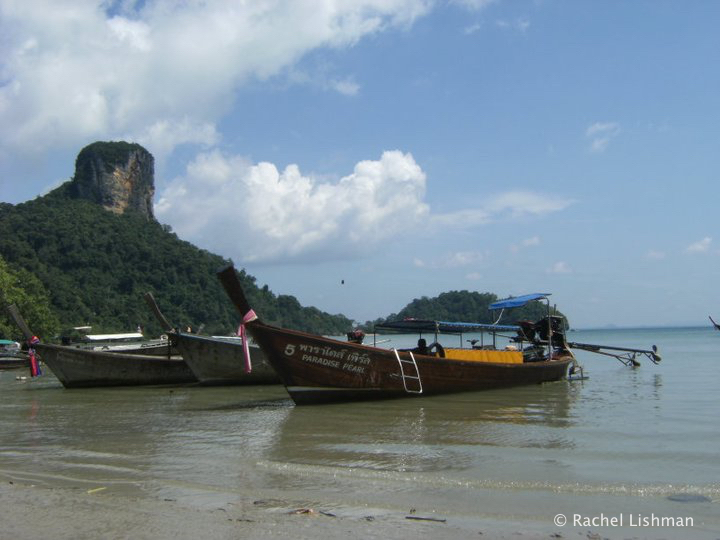 After dhows through Halong Bay’s mist, beelines up the Mekong to northern Laos and business-like diving outings, the pleasure cruise to Railay Beach seemed odd.

END_OF_DOCUMENT_TOKEN_TO_BE_REPLACED 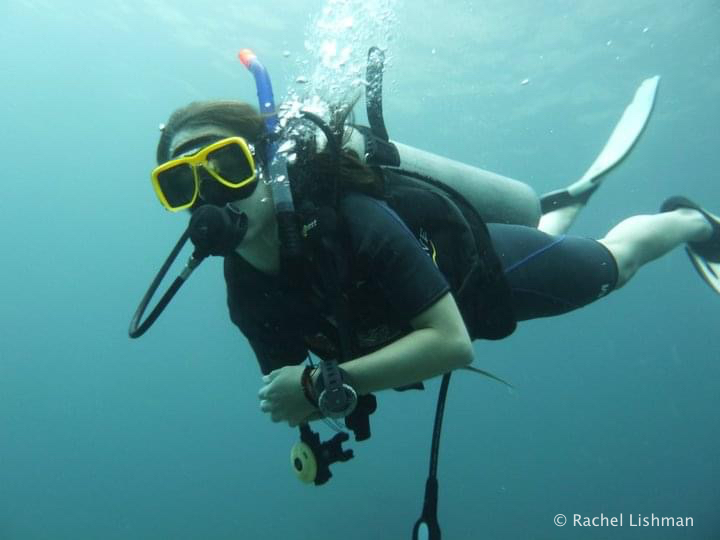 The hardest thing to describe to someone new to scuba diving, is the overwhelming sense of freedom that you get once you’re done. And by done I mean post-course comfortable.

END_OF_DOCUMENT_TOKEN_TO_BE_REPLACED 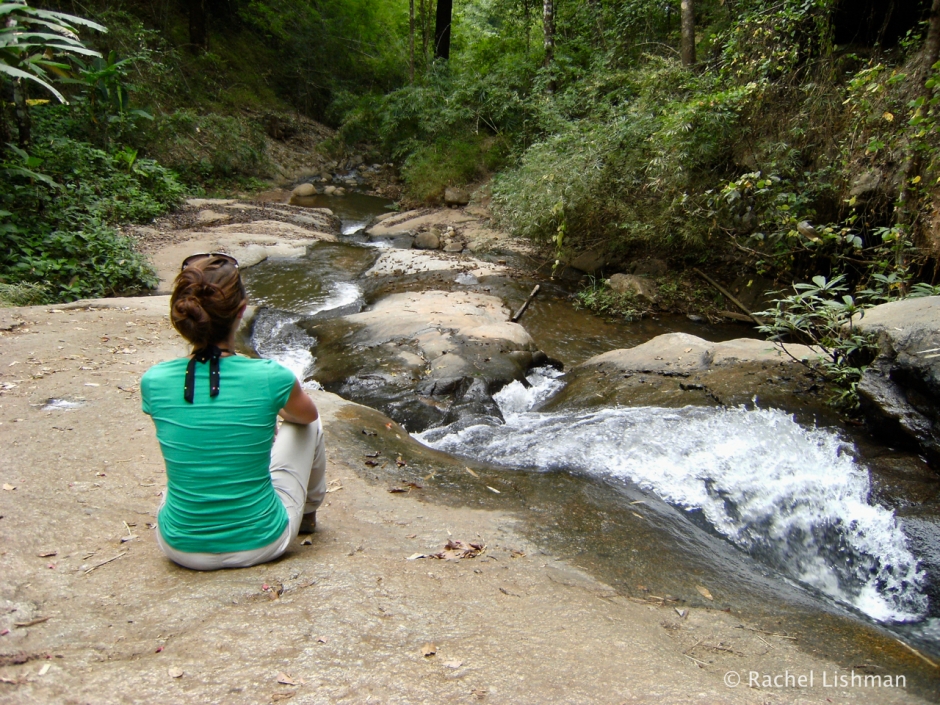 Chiang Mai. Sore muscles from a dry Thai massage; incense from stalls along the night market drag; and the welcoming lines of Wat Chedi Luang.

END_OF_DOCUMENT_TOKEN_TO_BE_REPLACED 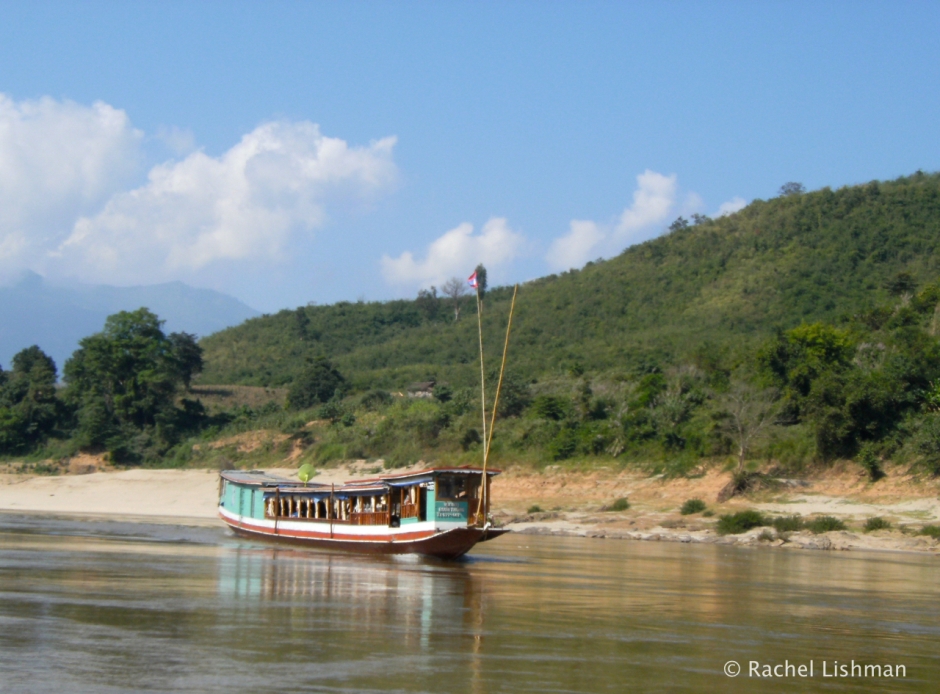 I had chosen the two day ride up-river for three reasons: It was cheap; its slow boat smacked of relaxation; and it would take me directly to Thailand.

END_OF_DOCUMENT_TOKEN_TO_BE_REPLACED 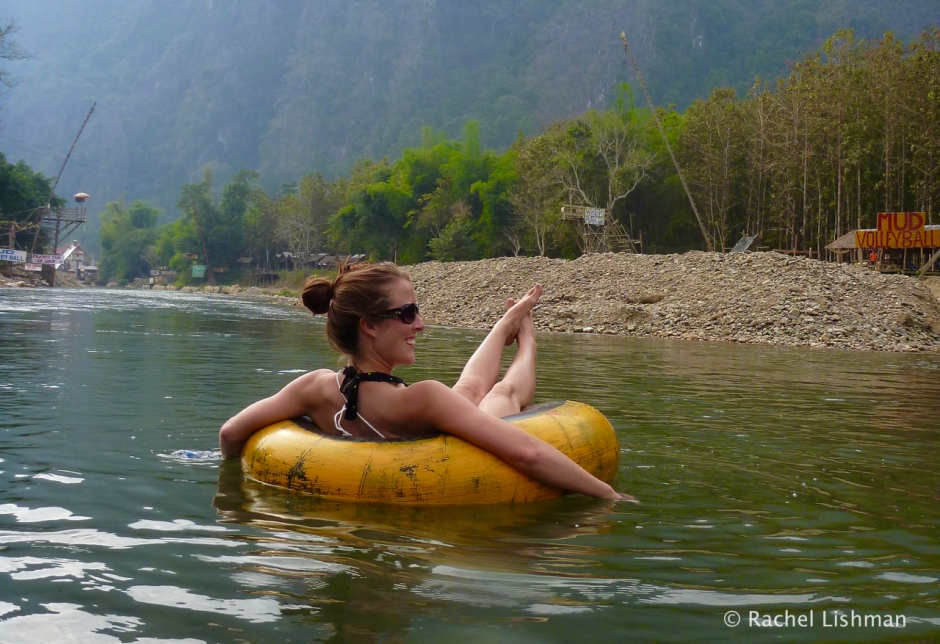 Some travelling experiences feel irresponsible and slightly cringeworthy with hindsight.