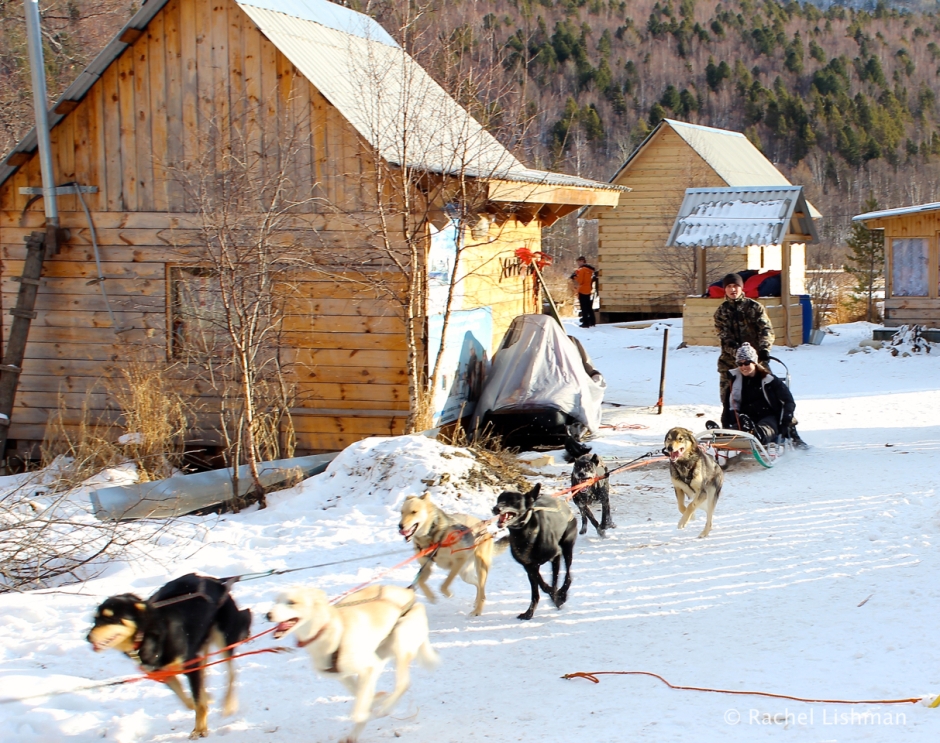 As my kamikaze driver bombed down the one lane highway from Irkutsk, I marvelled at the distinct lack of snow chains, breaks and general caution utilised by other road users.

Despite the fact that we appeared to be skidding rather than driving to our next destination I was struggling to keep my eyes open. The latest train leg and an intense border crossing had taken its toll and my only motivation to stay awake was the prospect of catching first light over Lake Baikal from the steamy bus window.

My initial welcome into Russia a few hours earlier had been steely at best.

Border officials attempted to dampen my misplaced enthusiasm. A middle-aged lady with plaits meant business as she flung open the cabin door. Smiling was my first mistake and it drew a venomous reaction from her. “Look me!” the woman shouted gruffly. The process of checking passports and stamping miscellaneous documentation was laborious but questioning it wasn’t worth the risk.

With all the bureaucracy of the border now behind me, fighting back the tiredness was a small price to pay for the view that greeted me around the final hair-raising corner. A razor thin swirl of the brightest orange sky against black, ragged mountains. As dawn broke, snowy peaks were pricked with pallid yellow light as smoke-machine bursts of mist started to rise up from the dark blue waters. The effect was surreal.

The deepest lake in the world

Lake Baikal is not only the deepest lake in the world but also boasts over 600km of coastline, giving the appearance of an inland sea. In fact, in the distant future it will become the world’s fifth ocean as its tectonic plates gradually split Asia in two. In Siberia’s mid-winter, the entire thing freezes.

Although for the time being, gentle waves lap a pebbled shoreline, throwing up hundreds of local shrimp that pop bright pink against smooth icy stones. Local men with weathered faces throw over a line and await their catch, dragon’s breath leaving their mouths slowly and rhythmically. They have time.

The 2,000 strong population of Baikal’s most popular lakeside town, Listvyanka, carries out most of its daily routine along the lakes shores. Kids amble home from school and women in heavy furs stride along the main road. Stopping to pass the time with a familiar face is crucial, second only to the expert navigation of dangerously slippery patches of frozen slush.

Send them to the dogs

What the town might lack in human activity, it thoroughly makes up for in canine life. Howls, hollers and barks perpetually stipple the silence of the valley during my stay, bouncing off the hillsides as echoes in perfect cannon.

From my chalet balcony I could make out tiny shadows galloping from the safety of one fence to another in the dusk. As I was to learn from a close encounter with these special locals, their excitement is infectious.  Their yelps of glee never ceased as they pulled my sled through powder at precarious speeds. Bounding under wintery branches, ducking around corners and accidentally kicking up the snow into my face.

From Russia, with a new-found love of dog sledding!