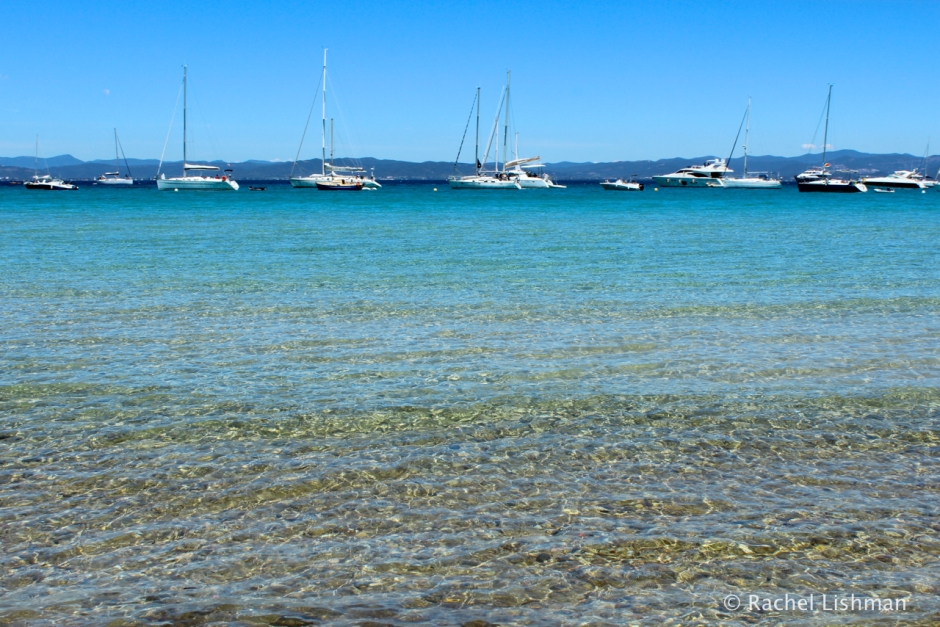 When I returned to Porquerolles in 2015 as an adult I was nervous. Would it live up to my childhood memories?

Back then, dad and I would hire bikes to cycle around the island’s sand tracks. We were boisterous; racing each other to the next beach, splashing around in the clear waters and watching the surfers just off-shore. Meanwhile mum would find a shaded spot in the town square. For hours she would sketch the weathered faces of boules players, the hands of craft sellers – the details around her that no one else noticed.

A great deal had changed for dad and I in the fifteen years between our visits, which is why it was so comforting that the island had, for all intents and purposes, stayed the same. It was almost like that game of boules had never ended. The rich terracottas of the town were exactly as I remembered, the bikes were just as temperamental and the waters just as clear.

Despite the tightness I felt in my chest that this time, mum wouldn’t be waiting for us in the square at the end of the day, my first glimpse of Notre Dame Beach through the pines made me feel just like it had as a child: like there was no where else in the world I’d rather be.

9 thoughts on “My Favourite Place: Where Is Yours?”

One of our favourite bars in Seville.
The end of the road. 🛫
6,000 miles from #southeastlondon to #southeastasia 🏙
Getting lost in the Cameron Highlands this weekend. In search of the perfect brew… 🍃🫖