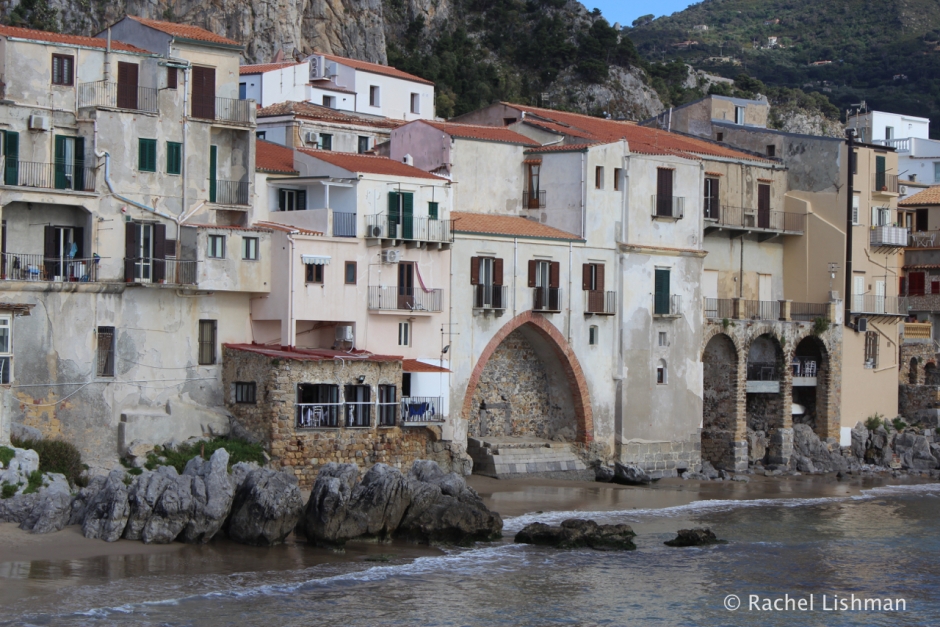 For all that Sicily can track its heritage effortlessly back over Millennia, it looks forward when it comes to tourism.

Restaurants in its larger cities push the boundaries of fusion cuisine, public transport is very efficient and some tourism initiatives are more advanced than in the more visited areas of Italy.

Nowhere was this more noticeable than Cefalù. Which is ironic, because the original settlement is thought to be even older than the ancient Greeks that first arrived there over two thousand years ago. The port first appears officially in the history books in 396BC. And yet when I looked closely, I saw modernity and innovation.

Arriving in time for lunch on the fast train from Palermo, visitors had already grabbed the best spots along the wide promenade. The minimalist bars and neat table arrangements reminded me more of the Spanish Costas than anything I’d seen on Sicily’s seafront. Contemporary twists on traditional seafood dishes were the order of the day. Chatty groups took time out to eyeball people strolling the shore line in front of waiting sarong sellers. From my lookout, a shady table at Bottega Tivitti, I could tell that this was northern Sicily served up for a different generation.

While the restaurants were mostly conquered by 30-something tourists and locals alike, students had overthrown the sand below. Cheaper deals were cheered with bottles of Prosecco and friends shared big baguettes that burst from improvised picnic bags. Although like the more formal diners, people-watching was still a sport.

The real surprise came when I started weaving my way through narrow streets to the main piazza.

Thinking I’d come across some street art, I leaned in to see a QR code. At head height on the side of an unassuming building, it instructed me to scan for more information. Cefalù’s streets, I discovered, were full of untold stories that its online portal was very happy to unravel.

Once I found the first code, I saw them everywhere. From the obvious spots like the town’s imposing, almost disproportionate cathedral, to little buildings that used to be home to eighteenth century play houses or famous local writers. Every part of the ancient maze was accounted for. All of it, online.

One of my favourite finds was the Lavatoio Medievale. The spa baths that were created in the middle ages from the River Cefalino still technically flow today. Although they’re no longer used for bathing or washing clothes as they had been for hundreds of years beforehand. The structure, restored in 1991, still visibly runs through the streets and archways of the city out towards the sea.

It struck me that this approach to tourism – creating a gateway for the curious while not hammering home a bunch of ‘must sees’ – was the perfect balance for Cefalù.

It left me wanting to know more but not so compelled to see everything that I couldn’t appreciate Aperol O’clock on the thoroughly modern decking of Le Petit Tonneau.

Sunset was spectacular. The narrow slithers of medieval homes that crumbled towards the sand were an unusual backdrop for the now partying students. The crisp white table cloths along the restaurant strip seemed clinical next to the battered fishing boats of men still making a traditional living in the town.

Even I was a contradiction: A head full of ancient history with a table full of a modern take on antipasti and an easy fast train home to Palermo.

Cefalù, I decided as I slurped my second spritz, celebrates its fascinating past in the most modern ways, while still not losing its grip on the picturesque present.