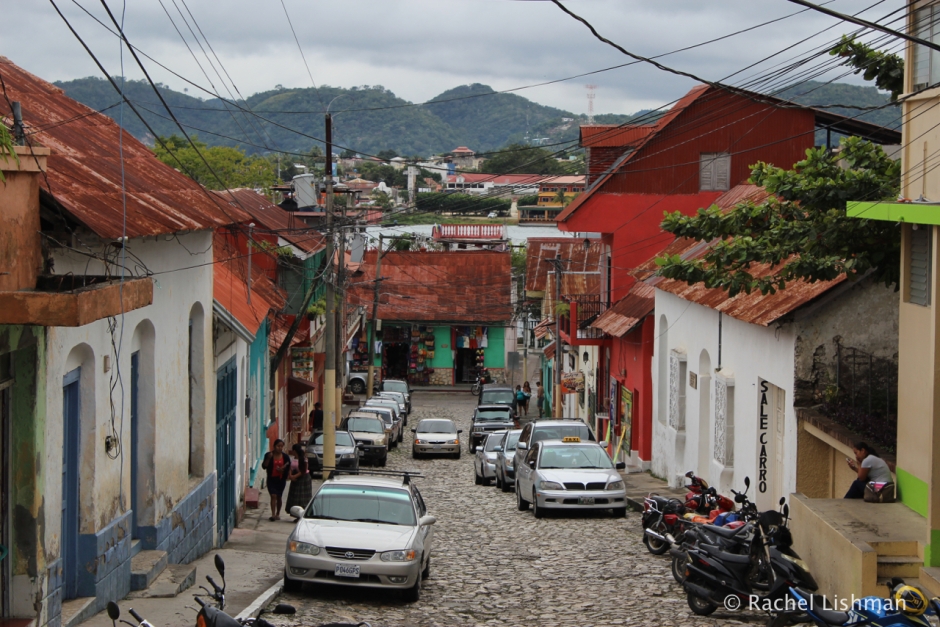 Part One: From Flores south, to Poptún

Most visitors to Guatemala dart diagonally from Tikal’s ruins to colonial Antigua, via the bathing pools of Semuc Champey. Although by accepting a volunteer position at an old farm, I got the chance to linger on the country’s eastern fringes. Over the course of a month, I was treated to abundant wildlife and unexplored cave systems, with just a dash of Garifuna culture.

Flores was the perfect stop on an itinerary inland from coastal Belize. My collectivo – a large van taxi that picks as many people up as possible on its route – drove for a few hours from Guatemala’s border along flat roads with farming land on either side, before turning into the town of Santa Elena. Nobody was stopping there. The town, an eclectic mix of modern malls, old markets and banks, stretched along the banks of lake Petén Itzá but we hung a sharp right into the lake itself.

The smaller tourist town of Flores was only attached to the mainland by a slender road bridge. Perhaps unfairly known as nothing more than a convenient base for visiting the nearby Maya ruins of Tikal, Flores surprised me. Its quite streets – most not even wide enough for cars – all rose steeply into its island-like centre. From here, all directions led to the lake, which had recently flooded the north side of the town.

Despite its size, Flores was a hive of backpacker activity. Numerous artsy cafes served a mixture of traditional and vegan menus, rooftop bars offered happy hours that collided with the daily sunset and hostels were affordable and welcoming. During my three day stay, I also enjoyed one of my favourite meals in Central America; the local fresh water fish grilled to perfection and served by a German expat who called Flores home.

Although Flores is considered close to Tikal, I was still bundled into a bus well before 4am. A few Aussies and a mother and son on holiday from Costa Rica chatted brightly with our driver as we made steady progress towards the ancient Maya stronghold. Our high spirited, head-torch-baring group made it to the entrance early and set out in darkness to Temple IV. The best place within the complex to watch the dawn.

I sat in silence as daylight broke, staring out at the same view as the landing scene on Yavin in Star Wars Episode IV. Other worldly it was, and the only noise that kept me grounded firmly on earth was the shuffling of the few humans around me lucky enough to experience a Tikal sunrise. From the canopy below us, parrots cawed, bell birds whistled and the penetrating wail of rival howler monkeys rose above everything else. Tikal was coming to life.

After my morning at the famous temple ruins, I understood why Flores regularly got shunted into second place. It was an easy place to stay but an easier one to leave.

Following the hipster cafés on the lake, Santa Elena’s local bus station was a sharp hit to the senses. Suspicious of everyone, I followed what I thought was a taxi tout until he delivered me promptly to the tiny collectivo leaving for the south. What appeared sinister at first was actually an organised system of piling people onboard and collecting the 40 quetzal fare by hand.

We slipped dangerously through the open marketplace, being sold all sorts from tv guides to toothpaste through the van’s little windows. Another thirty minutes later, we finally pulled onto the eastern highway towards Poptún – a farming town four hours south of Flores’ comfortable hotels and three-course meals.

My culture shock was palpable as more unchartered stops were made and twenty one people were gradually squeezed into a vehicle fit for fourteen. A young mother faced backwards, gripping her baby’s tummy tightly as the driver took bends faster than expected. A skinny teenager was master of his trade, sliding back the heavy metal door at each stop, taking monies swiftly and instructing locals to fill a space where there hadn’t been one only seconds before.

When we pulled into Poptún’s bus garage, passengers slipped out onto the gravel forecourt like beads from an overstuffed beanbag. For an extra ten quetzales I would be taken to the door of Finca Ixobel. From the highway, we turned a sharp right onto a smoothed sandy track. As we drove under a dilapidated archway, the thick bushes on either side of us suddenly became tall pines and horses, their grazing disturbed, whinnied at our engine.

My arrival was unceremonious save for the welcome I received from Lady, the resident pooch. As she jumped into my lap with unbridled friendliness I realised that this was a place I could call home.