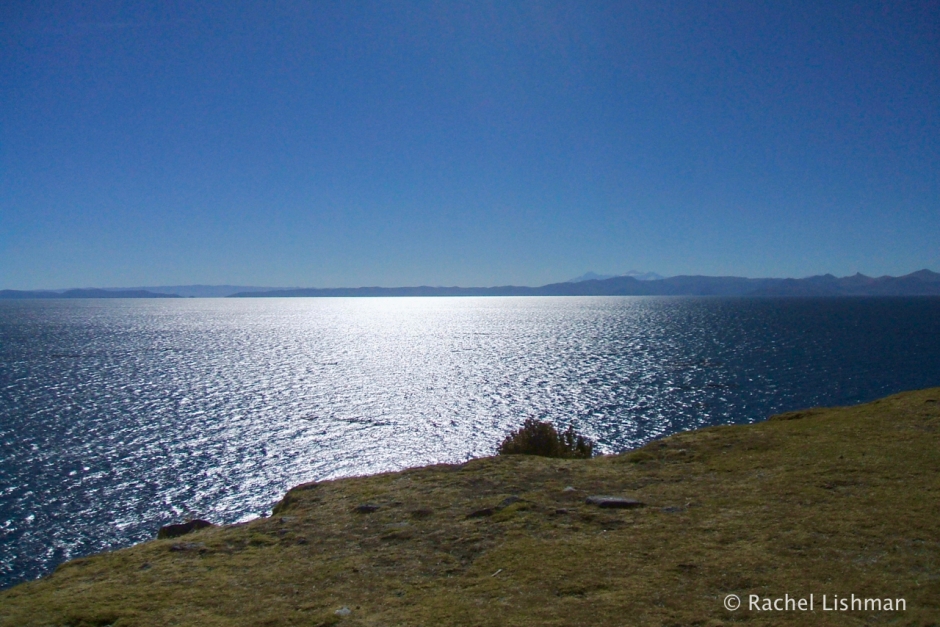 Puno is an unremarkable town in southern Peru. It has some dreary tower blocks, a mall of sorts and, from personal experience, a shabby restaurant on a side street somewhere that cooks amazing fried rice.

At least, it may be amazing. When I dined there I classed anything travelling down my esophagus and not immediately coming back up as a fine result. Anyway, not many travellers spend time in poor Puno. Those who do pass through come for one reason only: to see the traditional reed islands of Lake Titicaca.

These floating islands are inhabited by the Uros: a civilization that pre-dates the Incas. Today, for better or worse, tourists are allowed to visit the families who live among the islands, houses and boats of totora reeds to experience their traditional lifestyle. As I found out from friends who made it to the islands, this wasn’t a spectators’ sport. In fact, it involved dressing in traditional clothes and reveling until the early hours, before bedding down in a homestay with the locals: The perfect cultural adventure.

However for me, Puno was the end of the line. More accurately Smallville was the end of the line. I spent exactly 48 hours on a rotation from bed to cold, tiled toilet floor while episodes of the American HBO TV series played incessantly. The only comfort I gleaned from my situation was that, despite being the height of cultural exploration, a reed island was the last place on earth I wanted to be. I also had a handsome superman to occupy my mind in-between bouts of severe vomiting.

To this day I rely on a vague pharmacist’s diagnosis to identify my illness. The general consensus was that river water I’d swallowed on a rafting trip had caused a tiny life form to replicate in my stomach. Harmless at first, it would eventually make me wish I could reach a weak hand down my throat and pull out my shredded stomach lining. In this battle of David and Goliath, David certainly won. So there I lay in Puno, housing a rapidly breeding amoeba. The only way to kill the little bastard off was a series of three simultaneous antibiotics.

Luckily, the drugs kicked in quickly and by my final evening in the charmless town, I was managing the odd solid again. When my more successful travel companions returned from the islands, I asked about their adventure. “Didn’t miss much,” they mumbled politely, following it up with a sympathetic smile. These friends had been strangers only a few weeks before, but I knew them well enough to see through their kind pretending-not-to-have-a-good-time routine!

It turns out however, that Puno wasn’t a complete waste. We celebrated our last evening with a trip to a local restaurant renowned for its Peruvian delicacies. Considering that only two days before I was wondering whether I’d ever be able to drink water again, I was feeling remarkably perky. If I’m brutally honest, the concoction of nine daily antibiotics and over twenty Imodium were making me feel invincible.

With this gung-ho attitude I ordered an alpaca salad to start, followed by my first ever roast guinea pig. For those who haven’t seen a spit-roast rodent before, it really is a sadistic treat: Placed on a slightly diagonal skewer, with slender arms outstretched and spindly legs trailing behind, the poor creature resembles a little naked, flying superhero. What’s more, it tastes great.

I left Puno the following day without seeing the famous reed islands, but not quite culturally void. In fact, I left happy: full of alpaca, guinea pig and rattling with prescription drugs. The antibiotics would eventually meet their own fate in the wilds of Bolivia, but that’s another story…